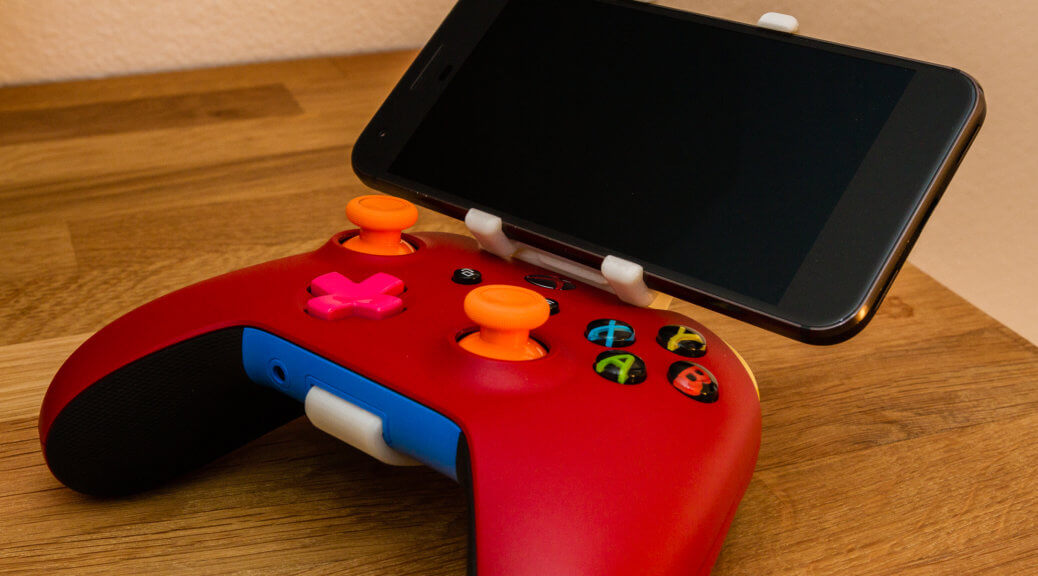 One of the new features in the Xbox One S controllers is that they have built in Bluetooth support, making it significant easier to interface to a phone without all the hassle of having to carry around an OTG adapter. The mount itself is designed to be flexible: the phone is held securely at any angle and can be easily adjusted on-the-fly.

The mount itself is comprised of four parts: the base piece that attaches to the controller, the mount that holds the phone, and two interface pieces that help to hold the base and the mount together. The pieces are printed out of PLA on an Ultimaker 3 using Cura’s high quality setting. A 20mm M3 screw along with a corresponding M3 thumb nut is used to secure the pieces together. The controller is a customized version from the Xbox Design Lab.

Figuring out the exact bottom curvature of the controller took ~20 some iterations using a laser cutter while the base and mount took another ~10 iterations before I had something I was satisfied with. It took me roughly two weeks to go from idea to the finished product, with the majority of it spent on waiting for parts to finish printing.