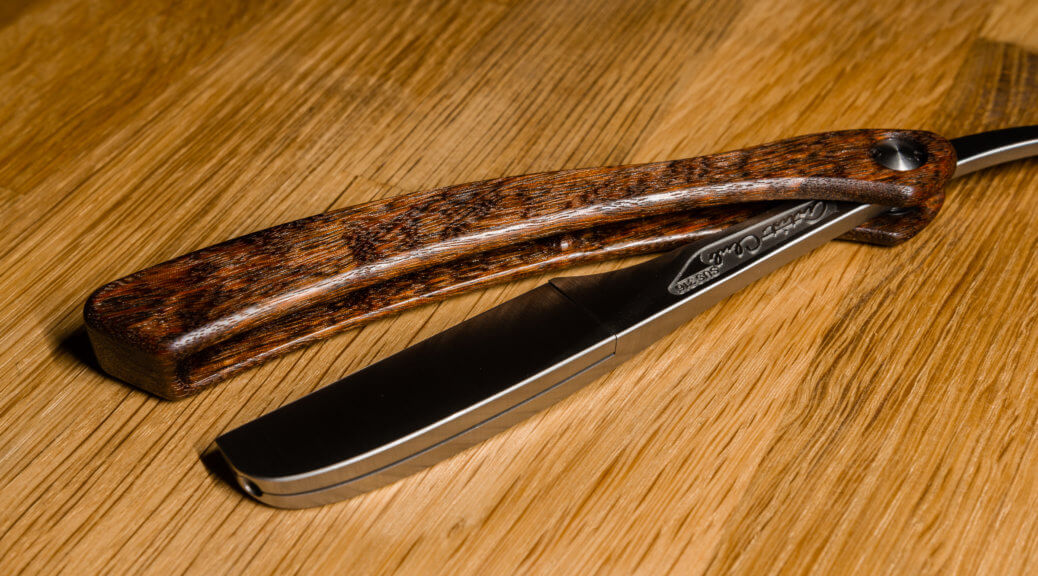 In my search for a closer shave, I recently dove into the world of shaving with a straight razor with the Feather DX shavette. Naturally, one of the first thing I did was to replace the plastic handle with one of my own design. The replacement handles themselves were milled out of Padauk and IPE on an Roland MDX-540 and finished with two coats of 100% pure tung oil for deeper colors, long term durability, and increased water resistance.

The blade holder of the Feather DX is quite well made. Manufactured out of 316 stainless steel, it has quite a heft to it that makes it nice to shave with. The shavette comes in quite a few variations between the DX and SS versions with both folding and fixed handles. One thing to note that the ACD-RW model is not actually made out of solid wood but a wooden laminate. There is an older model with a handle made out of solid teak, but that model commands a far higher price on eBay than it should.

The first handle I made was out of Padauk, but I opted to remake it out of IPE after seeing some splinters from the longer grain. Both handles were first soaked in acetone to remove any sap in the voids followed by an two applications of tung oil spaced 12 hours apart. The handle was then left to dry for 24 hours before being assembled.