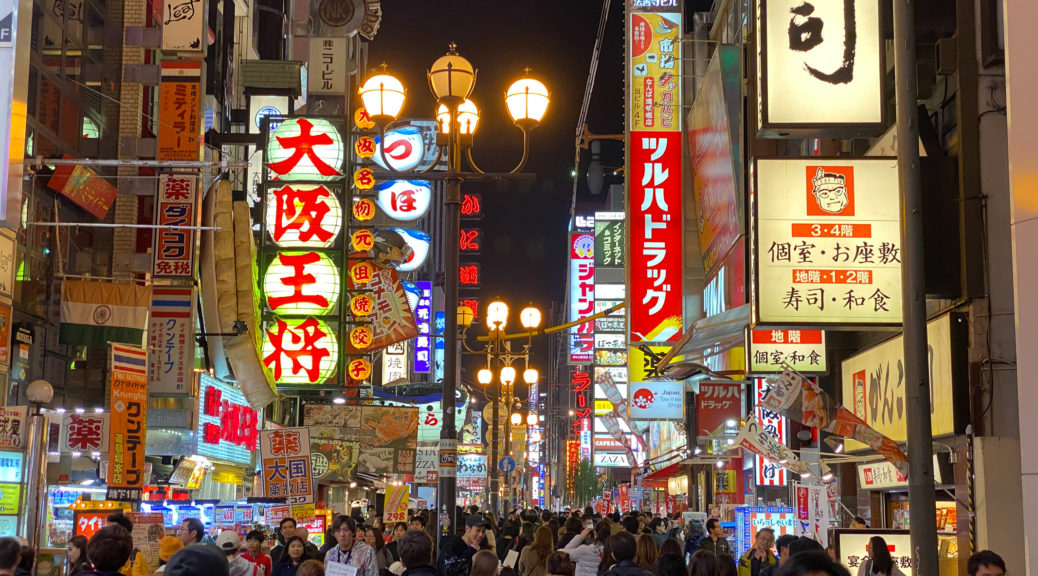 I had accumulated quite a number of vacation days at work that I would have lost at the start of the new year, so I decided to burn it all by taking a long three week vacation in Japan. The trip itself centered mostly on the Kansai area near Osaka and Kyoto, with a excursions to a few other cities on the Sanyo and Tokaido shinkansen lines.

A one way flight to Japan takes close to 11 hours, so I ended up spending a total of 160k Chase UR points + $80 to fly first/business class round-trip from SEA to KIX via Asiana airlines. First time flying “first” class on any airlines, so it was a new experience being able to fully lie down and sleep on the flight. One unexpected benefit to this was that on both the inbound and outbound flights at KIX, I was given a ticket that let me skip the long lines for both customs and security.

Lodging in Japan was cheaper than expected, averaging out to $60 or so a night aside from the ryokan. Travel expenses was about the same, with half the cost being the two week JR pass. The other half of the travel expenses mostly went to refilling the Suica IC card on my iPhone. I had to refill quite a few times as I often took local non-JR rail lines which are not covered by the JR pass. In addition, convenience stores and vending machines also accepted IC cards as well which made it a much more convenient way to pay.

Cash was mostly used to pay for food, so I don’t have an accurate tracking of how much I spent there. My guess is that I averaged $40 or so a day with a few expensive outliers.

Osaka was both my point of entry and exit as my sister resides and works nearby. Within the city, I spent quite a bit of time in the Dontonbori and Denden Town area, as well as a bit up north in Minoo where my sister lives. Near the end of my trip I also made a day trip to one of Japan’s oldest hot springs: Arima onsen near Kobe.

A natural place to visit if you’re in Osaka, Kyoto is an beautiful city to tour with many places worth visiting. Aside from the various famous temples (of which Kiyomizu was under construction), I also visited Fushimi Inari (torii gates), Arashiyama (monkey park), and Uji (everything macha).

You can’t visit the Kansai region without dropping by Nara’s deer park and that’s exactly what I did. Quite an interesting experience seeing the fearless deer begging (and harassing) for food from tourists.

On of my goals this trip was to stay at an traditional onsen ryokan in the middle of nowhere, and this was it. We took the shinkansen to Fukuoka then rented a car to make the 2-3 hour trip to Kurokawa. A shuttle bus was available as well, but I wanted to try experiencing what it’s like driving in Japan. Being able to see the rural areas of Japan on the scenic drive back was a bonus.

On the way back from Kurokawa, we spent a night at Hiroshima to visit the peace memorial park and museum. I also wanted to visit the Mazda museum to get a tour of their factory, but reservations are required ahead of time and there was no availability for the days that I was in the area.

Taking the shinkansen up to Tokyo, I stopped by Okayama see the Korakuen garden and castle in the middle of the city. The garden itself was quite nice with many different areas to walk through.

Nagoya was another stop on the shinkansen route to Tokyo, with me just barely catching Nagoya castle right at sunset. The following day I spent a few hours at the SCMAGLEV and Railway Park (museum), which was totally worth it for the exhibits and maglev train experience.

Of the few days that I spent in Tokyo, I mostly stayed in Asakusa (for Kappabashi) and visited the Akihabara and Shibuya districts. Kappabashi was great for kitchenware shopping, and I ended up spending quite a bit of dough on a set of really nice carbon steel kitchen knives. Akihabara however, was a bit of a letdown as the shops were much generally much smaller than those in Osaka’s Denden Town and there were far too much of the same goods.

I also visited one of the teamLabs exhibitionism (borderless) while I was there and would highly recommend it. There’s also a second location (planets) as well that has more physical interactions.

Japan goes hand in hand with food, so naturally I took a picture of most of the delicious foods I encountered there. The food, as expected, was great all around with the ryokan’s dinner and the tofu kaiseki in Kyoto being exceptional.

Unsurprisingly, Japan also has quite a few unique things that makes you say yep, only in Japan. Here is a small selection of some of the random interesting things I came across while traveling.